How Could Jacob Marry Two Sisters? 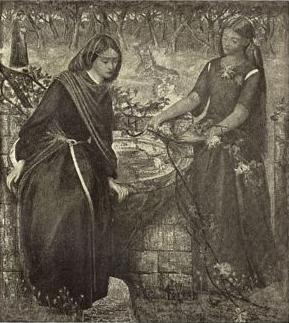 "We are told that Jacob married both Rachel and Leah, and later Bilhah and Zilpah, all daughters of Laban. Now since we have a tradition that the forefathers kept the entire Torah, even though it had not yet been given, how can it be that Jacob married four sisters when we are told in Vayikra : “Thou shall not take a woman to her sister”—that is, one may not marry the sister of one’s wife."

The above quote is from a Chabad.Org article, How Could Jacob Marry Two Sisters? in the Chassidic Masters section.

We are also told that the forefathers took upon themselves the observance of all of the Torah (even though it had not yet been given).  In Vayikra we find: “'Thou shall not take a woman to her sister'—that is, one may not marry the sister of one’s wife."

Rashi offers no explanation.  So we are to assume there is no problem with the pshat that could not be understood by a 5 year old?

The proposed answer according to the Chabad article (based on the teachings of the Lubavitcher Rebbe) is:

"Aside from the precepts that Noah and his descendants had been specifically commanded by the Almighty to observe, they also took upon themselves, as a communal responsibility, additional moral laws, which then became mandatory according to the Noahide laws and according to the Torah. If one of these universally-accepted laws conflicted with one of the "Sinai-Mitzvot" that the Patriarchs observed as their own particular custom, here too they were not allowed to fulfill that "Sinai-Mitzva." An example of such a universally-accepted law of society was to refrain from deceit, so that even Laban "the swindler" felt compelled to try and 'explain away' and excuse his deceit of Jacob.

Jacob had promised Rachel he would marry her. Failure to keep his promise would constitute grave deceit -- and would cause Rachel particularly great distress because she feared she might become the bride of Esau. Consequently, although he was already married to Leah, Jacob was in this case not allowed to observe the future law of not marrying two sisters, but was required to fulfill his promise and marry Rachel."

So - what about Billah and Zilpah?  According to De-Rabbi Eleizer they were also daughters of Laban.