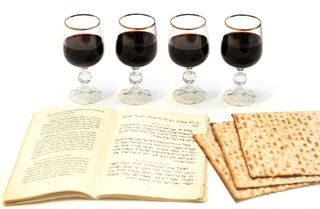 The four expressions of redemption (represented at the Passover seder by the Four Cups of wine) relate to the four aspects of our liberation from Egypt:

1) "I will bring out" -- our physical removal from the geographical boundaries of Egypt;

2) "I will save" -- our delivery from Egyptian hegemony (Egypt was a superpower that enslaved and oppressed many nations and peoples outside its borders);

3) "I will redeem" -- the elimination of any future possibility of enslavement by the "great judgments" inflicted upon the Egyptians;

4) "I will take you to Myself as a nation, and I will be to you a G-d" -- our election as G-d's chosen people at Mount Sinai, the purpose of the Exodus.

Accroding to Rabbi Dr. Haniel Farber of The College of Judea and Samaria:

"Actually, the text goes on to use a fifth verb, “I will bring you into the land” (Ex. 6:8), but the rabbis were doubtful whether this word should be considered one of the expressions of redemption: perhaps redemption is complete when the people are taken out of Egypt, and not only when they reach the land of Israel.

On account of these four expressions the rabbis, in establishing the Haggadah ritual, stipulated that we drink four cups of wine, one for each of the certain expressions of redemption; to handle the doubtful case they added a fifth cup which is not actually drunk at the Seder.   This arrangement will continue until the prophet Elijah comes and settles the question.   Therefore the fifth cup is called the Cup of Elijah."

See more commentary on the four expressions of redemption here.

The comments to this entry are closed.